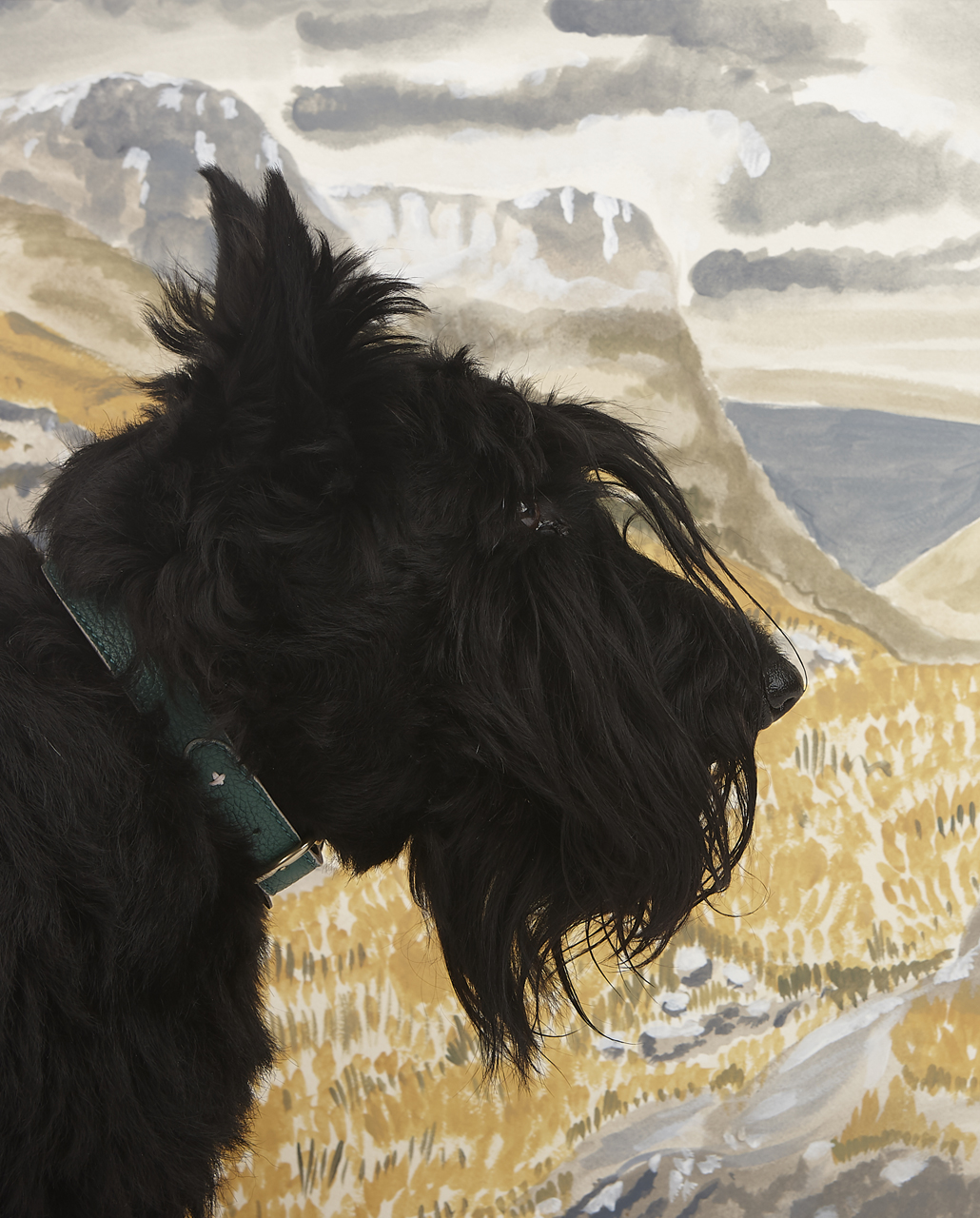 The outstanding natural beauty and folklore of the Scottish Highlands lead to the creation of the bonnie new Highland Collection. These ancient lands have also created some of the most noble dogs, and here is a small selection of some of our favourites.

Playfully known as Scotties, Scottish Terriers can be black, brindle or sometimes wheaten straw colour, but the black coat became the most popular in the 20th century. The first written account of a dog of similar description to a Scottie is found in The History of Scotland 1436-1561. King James VI of Scotland was a huge fan of the Scottish Terrier in the 17th century and helped popularise them in Europe. Queen Victoria was also a fan of the breed, keeping a few in her expansive kennel. Authors and Scottie owners, Rudyard Kipling, Beatrix Potter and E.B. White all featured their beloved breed in their works. Scotties have also been popular amongst Hollywood darlings including Bette Davis, Humphrey Bogart and Julie Andrews, as well as Joan Crawford, who gave hers the delightful name, Puppy Dearest. The Scottie dog Monopoly piece continues to be one of the most loved. 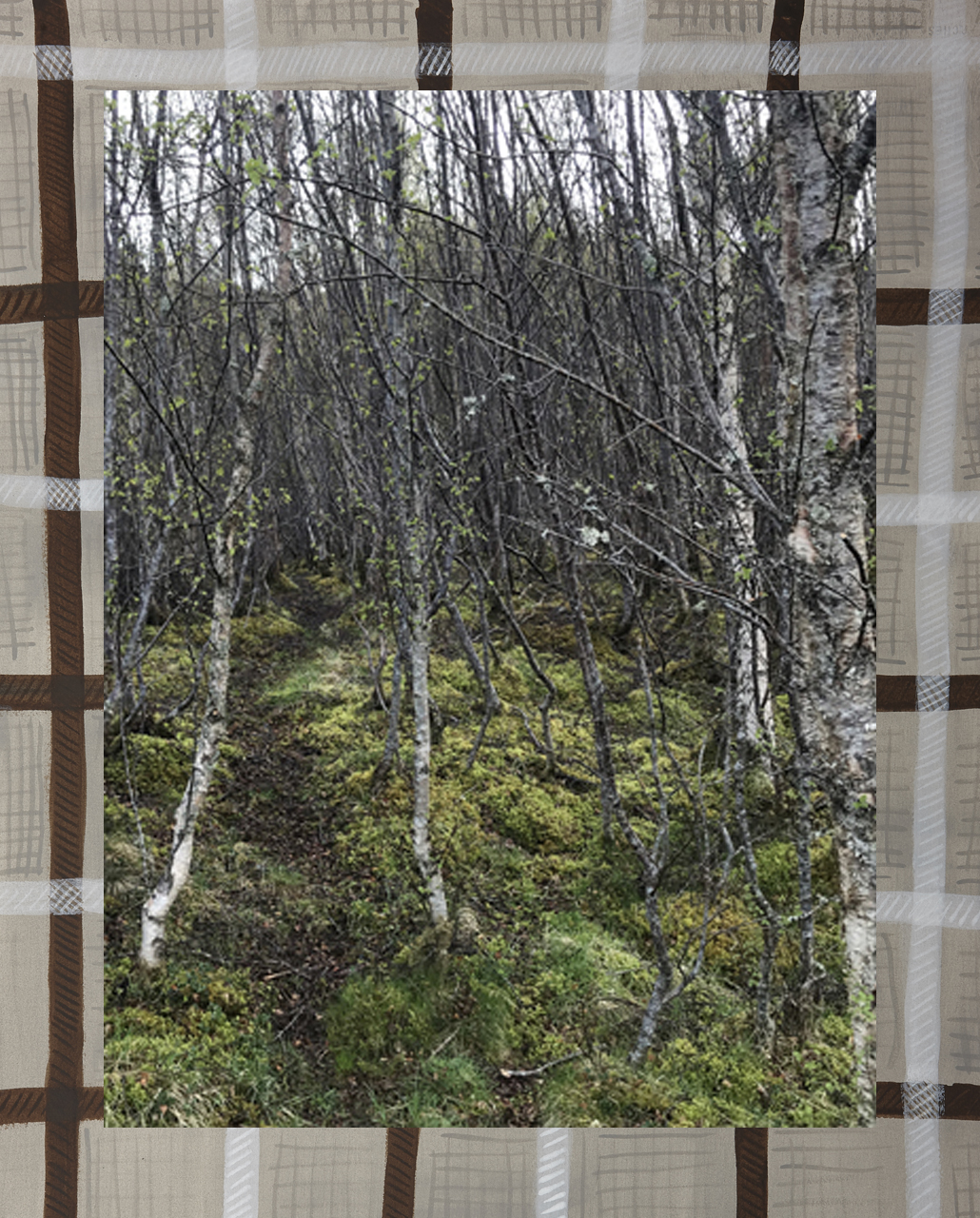 The wonderfully named Dandie Dinmont Terrier is also known for its literary connections. The uniquely short-legged, long body terrier is the only breed of dog to be named after a fictional character. The character Dandie Dinmont appeared in Sir Walter Scott’s novel, Guy Mannering, 1815. Walter Scott was also a Dandie owner and thanks to the book, the dog’s popularity increased but they are very rare today. Before being known as Dandie Dinmont, the terriers were usually called Pepper or Mustard Terriers depending on their colour or based on the name of their original farm.

Collies are usually classified as Rough or Smooth varieties, but it is the Rough that is most recognised, thanks to being the lead character in the Lassie films. Known for a long nose and fluffy coat, Rough Collies originate from collies bred as herding dogs in Scotland and Wales. The Collie name usually refers to dogs of Scottish origin which have spread into many other parts of the world, often also called sheepdogs or shepherd dogs. The exact origin of the name Collie is uncertain and disputed; it may derive from the Scottish word for 'coal', or the related word ‘coolly’, referring to the black-faced mountain sheep of Scotland. However, it might also have come from the Gaelic ‘càilean’ and ‘cóilean’ for ‘dog’ or ‘young pup’, or from the Celtic word for ‘useful’ which is ‘collie’. 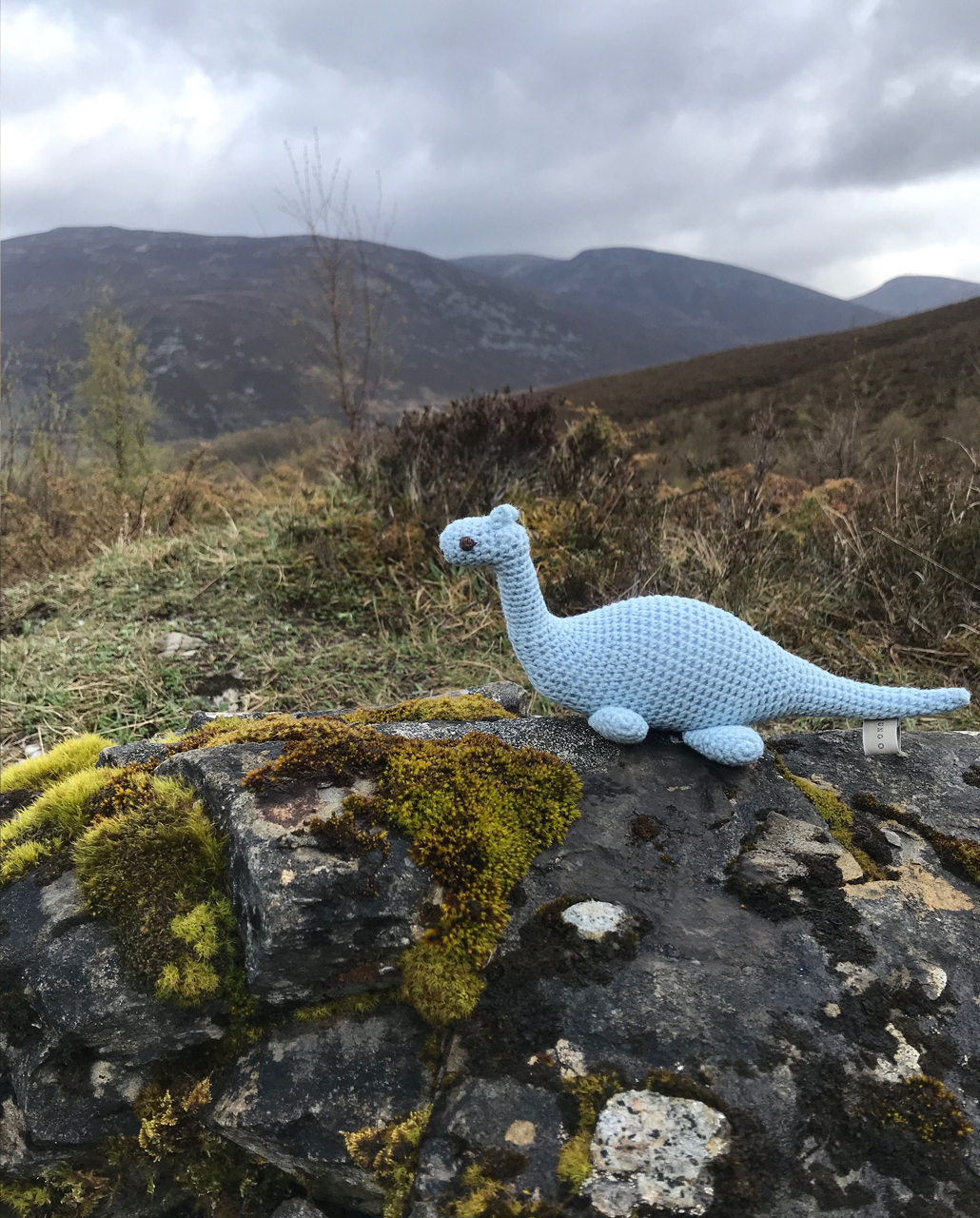 Known for speed and a fearless attitude, the Skye Terrier has a distinctive, long straight coat with a long fringe that covers the eyes. The breed gains its name from Scotland’s most northern isle and was originally bred as a working farm dog. The elegant breed was particularly popular among Victorian aristocracy thanks to Queen Victoria’s affection for them. A Skye Terrier now known as Greyfriars Bobby is also probably the most legendary of all Scottish dogs. The story goes that little Bobby was adopted by a night watchman named John Gray in 1850’s Edinburgh. After Gray died of tuberculosis, Bobby refused to leave his master’s grave in Greyfriars Kirkyard for 14 years, until his own death in 1872. Although there is doubt over the validity of the story, a commemorative statue still stands at the cemetery today and remains one of Edinburgh’s most popular attractions.

Also known as the Westie, this dog is one of the most iconic Scottish breeds. As its name suggests, the breed originated in the West Highlands, and was created in the mid-19th century by the Malcolm clan of Poltalloch in Argyllshire, from the white offspring of Cairn and Scottish Terriers. The white coat was preferable for a hunting terrier that stood out from the heather. Known for white coat and pointy ears, Westies remain popular choices with advertisers, their images being used to sell everything from dog food to Scottish whisky. 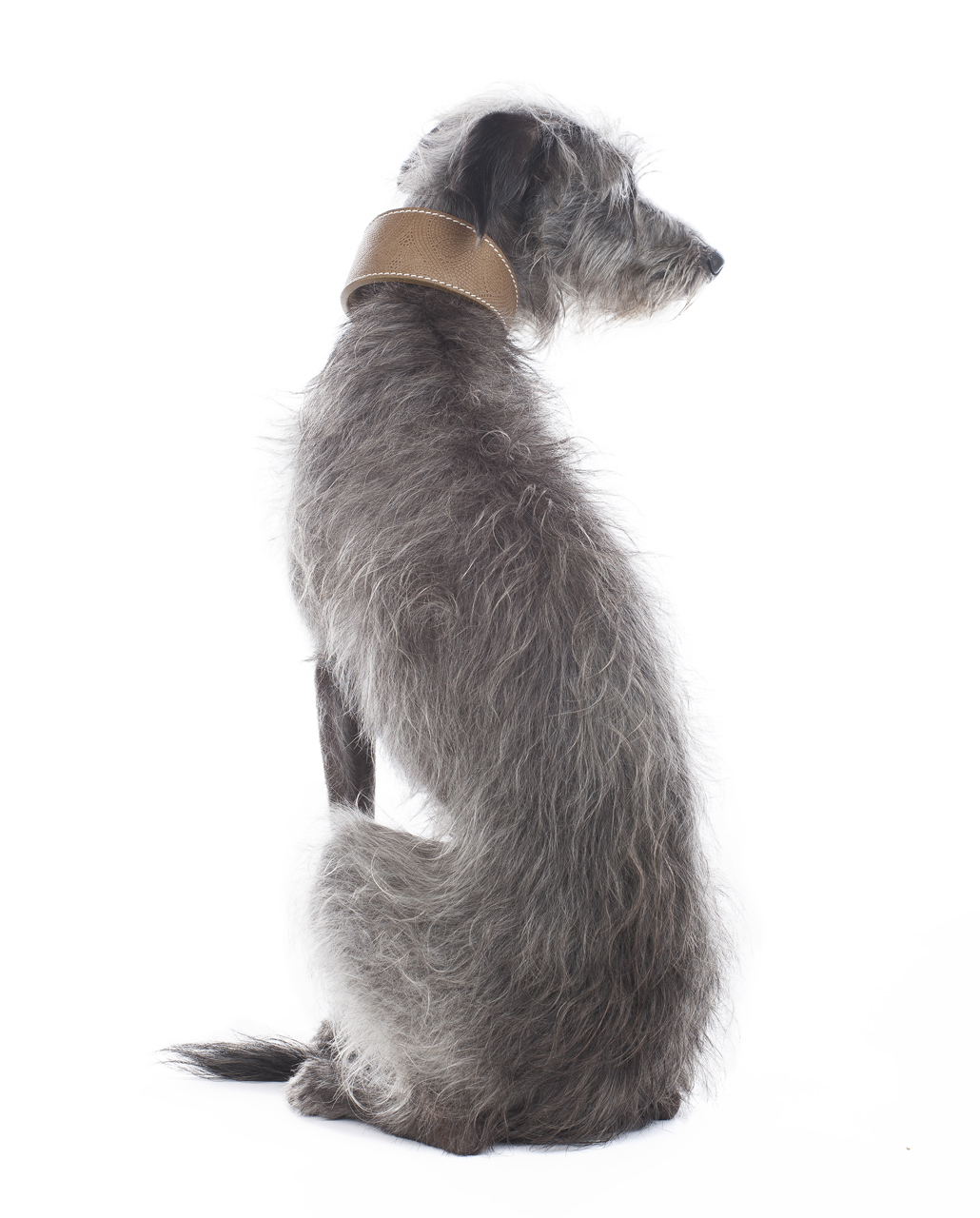 The only member of the hound group to originate from Scotland, the Scottish Deerhound is one of the tallest and oldest dog breeds in the world. The breed is so old that it’s difficult to date the origin exactly, but records can be found from as early as the 16th century. Scottish writer Sir Walter Scott, kept a cross-bred deerhound called Maida, named after the Battle of Maida of 1806. Scott described the deerhound as “A most perfect creature of heaven.” The majestic hound was also popular among clan chieftains, and during the Middle Ages there was a law in Scotland deeming no one of lower rank than an Earl permitted to own one. However, after the battle of Culloden and the Jacobite rebellion, the historically elite ownership of the breed caused the Deerhound to near on extinction in the 18th century, but the dog was saved by enthusiasts Archibald and Duncan McNeill. Queen Victoria’s fondness of the breed also saw it rise in popularity and gain the moniker of the Royal Dog of Scotland. Despite this, the breed is still relatively rare today. 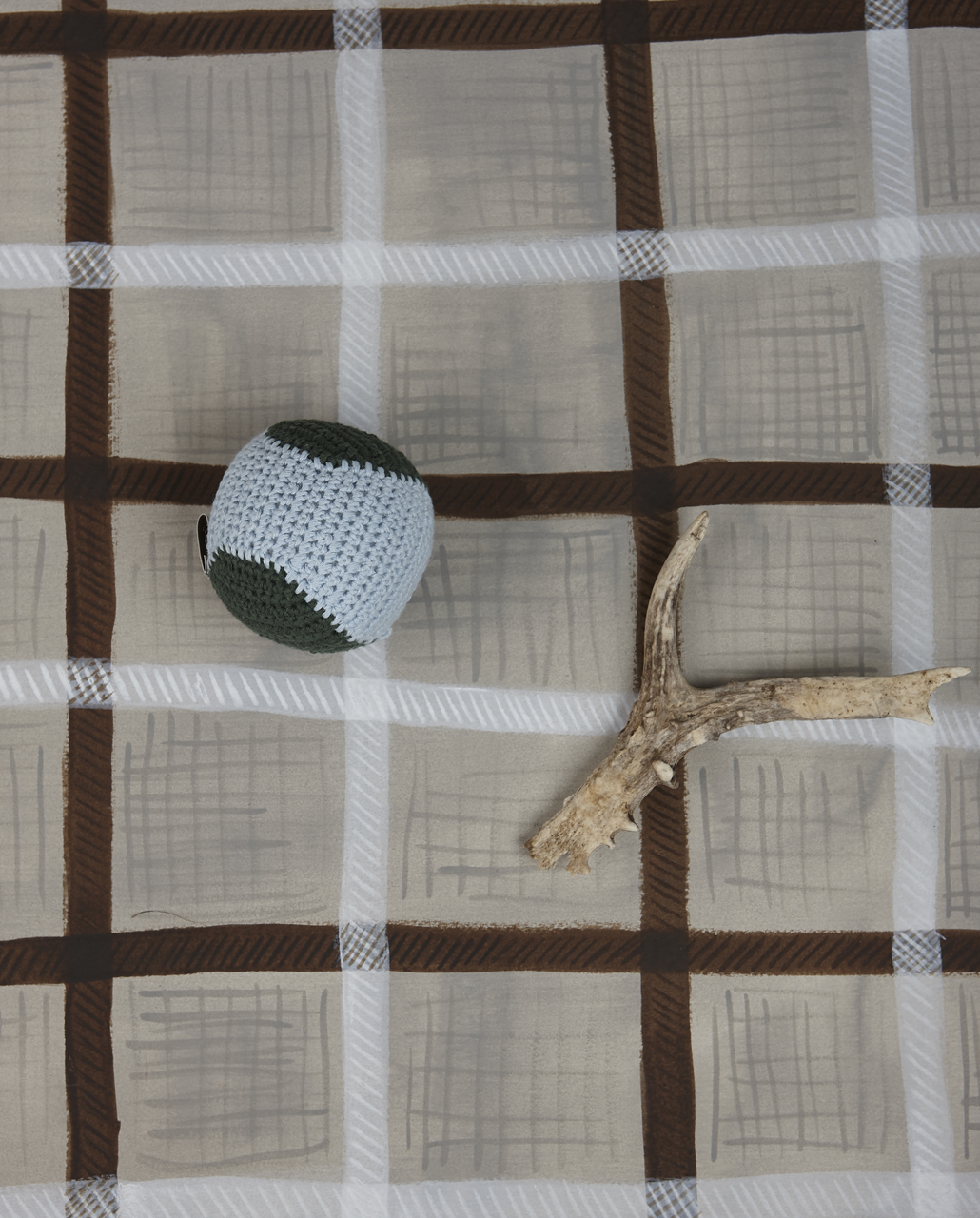 Known for their courageous attitude and determination, the Cairn Terrier is one of the oldest terrier breeds originating from the Scottish Highlands and the Isle of Skye. The name ‘Cairn’ refers to the mounds of stones erected as memorials or markers on top of Scottish hills. The most famous fictional Cairn Terrier must be Toto, in The Wizard of Oz, depicted by Terry in the 1939 film.

Considered to be one of the most intelligent and agile of dog breeds, the ‘border’ of Border Collie refers to the borders of England, Scotland and Wales, where the dogs were bred for herding. The quintessentially Scottish poet Robert Burns loved his Border Collie, Luath dearly. Luath's tragic death in 1786 inspired Burns' poem, The Twa Dogs, in which he described the essence of the Border Collie as “honest” and “faithful”. Multiple statues of Robert Burns include Luath by his side. Border Collies also hold several world records including having the largest vocabulary of a dog, fastest 100 meters on a skateboard by a dog, fastest non-electric car window opened by a dog and fastest 100m with a can balanced on the head by a dog. Mungo & Maud is enjoying une promenade à Paris with a very special guest.  Owner of bakery Poilâne, Apollonia Poilâne, and her Jack Russell 'Rascal' are sharing their favourite addresses in the city. Mungo & Maud is taking you for a jaunt around London with a very special guest.  Managing Director of Corinthia London, Thomas Kochs and his handsome Cocker Spaniel, Sammy, are sharing their favourite addresses in the city. This winter, Mungo & Maud looks to the charm of the Dacha house, set in a remote woodland.  The warmth and inviting nature of this traditional retreat and the colour palette of the winter landscape all combine to inspire The Dacha House Collection.